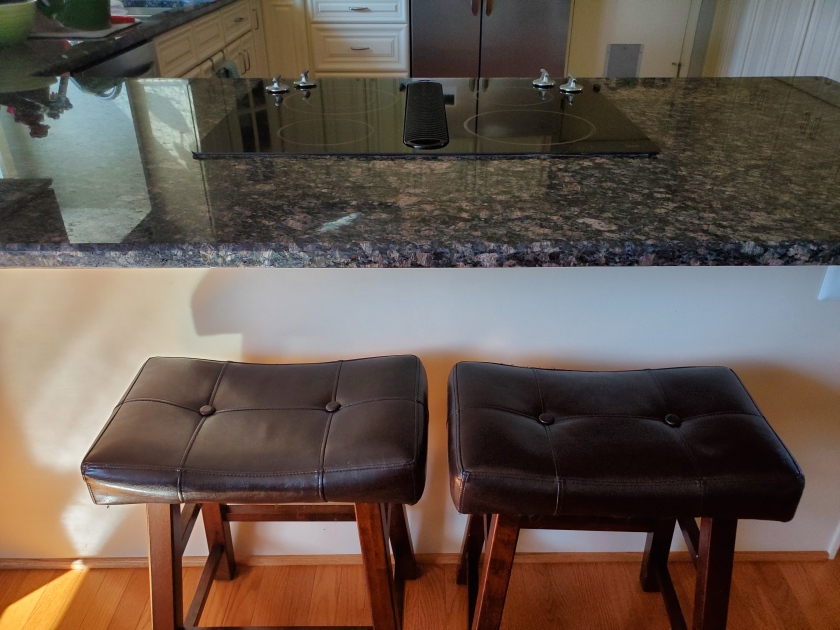 What a weekend! It started off great with a mother son day at the zoo. It was around 35 degrees Saturday, but sunny, so we adventured off to look at the animals. It was great! The zoo wasn’t crowded, and there were enough indoor exhibits that we didn’t have to be outside for too long.

Our plan was to come home, make dinner, and have a family movie night. Like most plans, they change with the circumstances. While I was making dinner, the kids got themselves into PJs. When Mr. 4 Year Old was done, he came downstairs and sat on the stool at the kitchen counter that faces the stove. I had just finished making mac and cheese on the back burner and moved the food to the front of the stove to stir in the remaining ingredients. For some unknown reason, Mr. 4 Year Old thought it would be a good idea to smack his hand in the middle of the burner I’d turned off minutes ago. In all fairness, I don’t think he knew it was hot because he didn’t see me using that burner, but he figured it out pretty quickly.

Mr. 4 Year Old screamed from the start, and I rushed him to the sink to run it under cool water. After about 20 minutes, Mr. 4 Year Old was still unconsolable and needed his hand under the water to relieve at least some of the pain. I’m googling during this episode and seeing that hand burns are particularly concerning and could lead to permanent damage if not treated properly and to get it checked out if it’s anything more than a first degree burn. Since I definitely saw blistering, and Mr. 4 Year Old still couldn’t calm down enough to stop crying, I called my husband (who was on his way home) and 911.

Our awesome local fire department responded with 5-6 responders. It was a bit difficult to tell how bad the burn was because Mr. 4 Year Old’s hand was wrinkled from being under the water for so long. They discussed where and how to transport the little guy. Apparently, not knowing how bad the burn was when I first called 911, they dispatched the helicopter to transport him to the children’s hospital, along with the ambulance. We could hear it overhead. I couldn’t believe that!

We ended up in the ambulance that transported us quickly to the best children’s hospital near us. Mr. 7 Year Old was a nervous wreck through this whole event, panicked and hiding away in the basement for stretches of time. Things turned around for him when he got to ride in the front of the ambulance and use the air horn to honk when we arrived at intersections. I stayed in the back with Mr. 4 Year Old who finally started to calm down after the pain medicine EMS gave him started to kick in. My husband beat us to the hospital.

The ER was PACKED on a Saturday night, but we were rushed to the back since we arrived by ambulance. There were no rooms available, so we chilled in the hallway where we were seen by a nurse and two doctors over the course of an hour or two. Mr. 4 Year Old was such a trooper. Once he started to feel better, he was making jokes and being his cute self again.

The doctors confirmed it was a second degree burn and that, thankfully, he wasn’t going to need plastic surgery. He would heal well enough over time and likely without scarring or permanent damage. We just need to keep his hand wrapped, so Mr. 4 Year Old doesn’t pick at his blisters, and make sure it doesn’t get infected. His hand was wrapped up one final time and we were sent home with popsicles for each boy. It was a happy ending to a long and stressful evening. Thank goodness!

Typically, I would not rate myself high on handling emergencies, but I think I did pretty well yesterday. I was only a bit crazed getting out of the house trying to think of what I needed to do and bring while dealing with one panicked son and one in pain and crying. I have thought through events like this in the past though. I’ve practiced calling 911 with the kids, including how to call and what to say. I’ve thought about what I’d need to take with me if I had to leave the house in two minutes (like last night), two hours (like a wildfire evacuation), and two days (like a hurricane evacuation). Here’s hoping that I don’t need to use this information again anytime soon.

One thought on “Weekend Adventures”