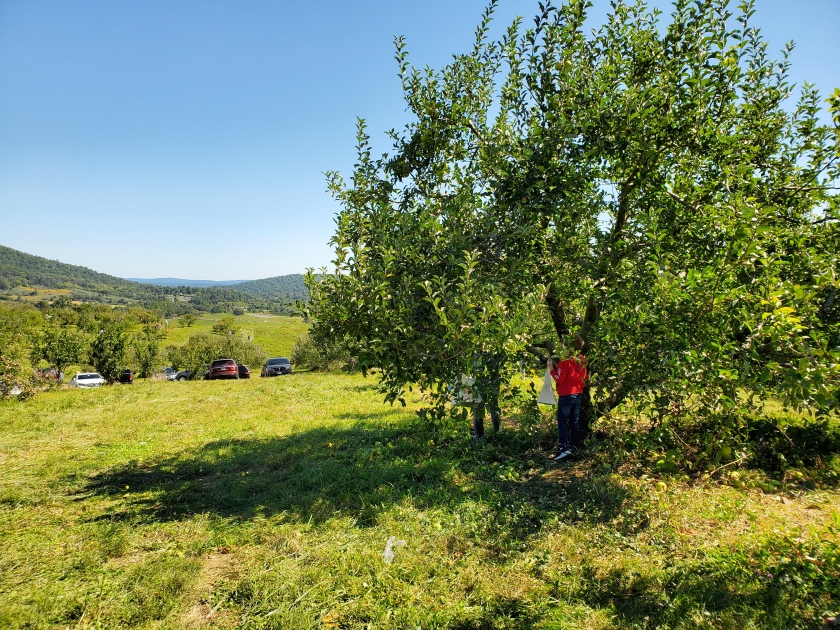 Sure, I love me a PSL on occasion. (It’s actually one of the few Starbucks drinks I enjoy.) But, I much prefer apple treats in Fall, rather than pumpkin spice. This works out well because we recently took a trip to a local orchard to go apple picking, which left me with 1/2 a bushel of fruit. I’ve been spending the past week cooking up a storm to get through them all.

In today’s Friday Fav post, I want to share my favorite apple recipes. I leaned into recipes that required loads of fruit so I could tackle my huge bag.

And I still have 20 or so apples left. Of course, we’ve been snacking on them at lunch. I may need to make more applesauce or cider too, since those were so good. I was given some tips for using the apples for games and crafts with the kids too, so I may tackle some of those ideas as well.